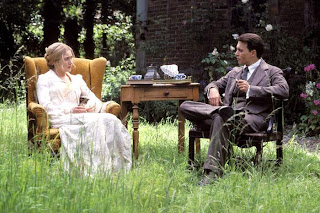 London, 1903. Acclaimed playwright J. M. Barrie (Johnny Depp) has just written a play, Little Mary, but unfortunately it hasn't done too well. When his maid cuts the review from his newspaper, Barrie spies Sylvia Llewelyn Davies (Kate Winslet) and her four young boys playing in the park and soon begins spending a great deal of time with them. He finds their exploits to be inspirational, and indeed they inspire within him the idea to write a new play, one that children can enjoy as well as adults, about a boy who never grows up.

Strangers on a Train 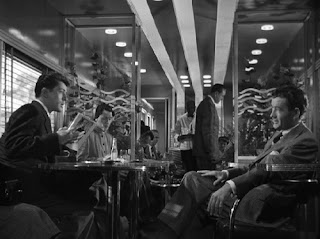 You know how the weirdo on the train always ends up sat next to you? The smelly guy, the raging drunk or the raving lunatic? Well any of these would be preferable to Bruno Antony (Robert Walker), a wealthy but evidently psychotic passenger sat across the aisle from Guy Haines (Farley Granger), a promising semi-professional tennis player with political aspirations. You see, Bruno has a plan for the perfect murder, or rather, murders, and wouldn't you know it but he not only has someone in his life whom he'd like disposed of (his overbearing father, Jonathan Hale), but he also knows Guy is in a similar position with his separated wife, Miriam (Kasey Rogers). Bruno's plan is for the two of them to swap murders, as that way there'd be no clear motive for their crimes, and whilst Guy forgets all about this after departing the train, Bruno evidently means to carry out his plot, and its not long before Miriam has been slain, and Bruno is hounding Guy to take care of his side of the deal.
Read more »
Posted by JayCluitt at 19:50 8 comments: 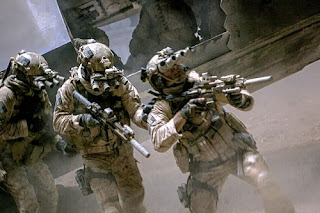 After the events of September 11th 2001, the priority of the CIA understandably became apprehending Osama Bin Laden, the leader of the terrorist group behind the attacks. CIA operative Maya (Jessica Chastain) joins a team involved with this, whose initial job is the interrogation of potential leads by any means necessary, but she soon becomes more involved with the bigger picture, and ultimately becomes the only person absolutely certain of the whereabouts of Bin Laden, culminating in a U.S. Navy Seal attack on the house he is believed to be staying in, some twelve years after the search began. 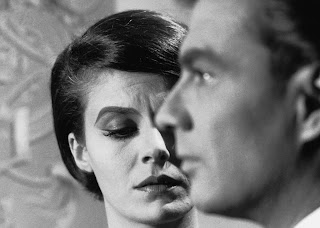 I don't know where to begin. Normally in my opening paragraph I give a brief synopsis of the film, y'know, "an eccentric old man invites his grandchildren, some paleontologists, a chaotician and a lawyer to try out his new dinosaur-filled theme park" that kind of thing, but the trouble with Last Year at Marienbad is that there is nowhere near enough plot to even begin a paragraph. Essentially, there's some kind of swanky soiree at a swish estate that I think is somewhere in the Czech Republic. At said event, there is a man (Giorgio Albertazzi) who is resolute that he met a woman (Delphine Seyrig) attending the party a year ago at Marienbad. Meanwhile the woman's male friend (Sacha Pitoeff) plays a game with cards, matchsticks and dominos called Nim, at which he seems unbeatable. This plays out for 90-odd minutes, until the film ends, with no foreseeable additions to anything approaching a story. 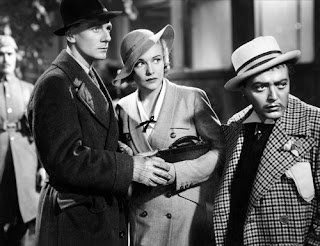 A funeral is being held for British World War I soldier and novelist Brodie (John Gielgud). The thing is, he isn't dead, as Brodie has been recruited as a spy and renamed Richard Ashenden, and is being sent by the Q-like R (Charles Carson) to Switzerland in order to apprehend and kill a German spy, with the help of an overzealous assassin nicknamed The General (Peter Lorre). Upon arriving in Switzerland, Ashenden discovers a woman has already booked into his room, saying she is his wife, and when he enters his room he finds her to be the not-too-shabby form of Elsa Carrington (Madeleine Carroll), a fellow agent posted to assist Ashenden, but she is already entertaining another guest at the hotel (Robert Young). The three spies must work together, despite not necessarily all getting along, in order to find and stop their adversary before he completes his mission.

The Life of David Gale 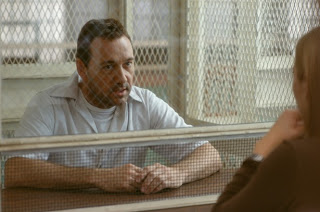 David Gale (Kevin Spacey) used to have it all. He was the Head of Philosophy at Austin University, an acclaimed writer with a wife and son (with some dinosaur pyjamas I'm more than slightly jealous of), co-director of Death Watch a group against the death penalty, and he had the moral standing to turn down the advances of a nubile young student out for an easy A (Rhona Mitra). Now, however, he's in jail, about to be condemned with the very punishment he's spent his life protesting against, having been convicted of the rape and murder of his friend, colleague and fellow protester, Constance Harroway (Laura Linney). Three days before his scheduled execution, Gale requests three interviews with ambitious yet unfortunately named magazine journalist Bitsey Bloom (Kate Winslet), to whom he tells his story in the hope that she will believe him, and discover whoever is behind his supposed framing for the crime he says he didn't commit. 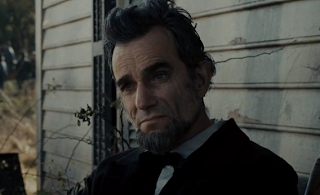 Four Years into the American Civil War, Abraham Lincoln (Daniel Day-Lewis), the 16th King of the United States of America, has his eyes set on not just ending the conflict, but abolishing slavery - over which the war is being predominantly fought - in the process. In order to do this he must pass the 13th amendment to the United States House of Parliament, which would outlaw involuntary servitude, but there's two problems. One, he's twenty votes short, and two, he needs to pass it before the war ends, or else it may never happen. And on top of this he's got some familial woes too - a nutty wife and bull-headed son who wants to go off and fight for his beliefs. 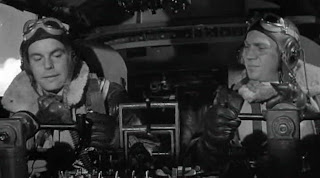 England, 1943. Two US Air Force bomber pilots, Buzz Rickson (Steve McQueen) and Ed 'Bo' Bolland (Robert Wagner), are best friends, room-mates and regularly go on missions together during World War Two. When a bombing run is called off mid-flight due to heavy cloud cover, Buzz completes it anyway, and causes the death of several airmen in the process. His insubordination becomes a problem, but because he's the best pilot they've got, the army is forced to keep him on. Meanwhile, Bo hooks up with Daphne (Shirley Anne Field), a girl dating one of the men in the downed plane. Buzz's irresponsibility and Bo's relationship pulls the two friends apart, especially when Buzz looks set to make a move on Daphne.