Jurassic Park is one of those films that really should have stopped at just 1 film. As much as I do love the second film, adding an all-star cast of Julianne Moore, Vince Vaughn, Peter Stormare, Richard Schiff and Pete Postlethwaite (R.I.P.) to the already spot-on casting of Jeff Goldblum, and with the addition of Compsognathus, one of my favourite dinosaurs (get over it, I'm a nerd), I feel that lifting the curtain on the mythology behind the parks sullies the memory of the original film, which I still deem as near-perfect cinema (major failing point: not killing the kids).

Which brings us quite neatly to Jurassic Park 3, a film that does not so much sully the memory of the original as drop one big pile of shit on it. Now don't get me wrong, it's enjoyable and I can happily waste an evening watching it, but it's just not good. Whilst viewing, you get the feeling that they're trying to copy the first film: a journey into the dinosaurs territory goes wrong, the teams are split up, an annoying child is put in danger, hell there's even a velociraptor attack inside a building, a scene involving running through a herd, and even some danger near a big fence. But in copying the set-up, they've missed off some key ingredients. There's no memorable hell-yes deaths (Gennaro on the toilet is probably my all-time favourite death, ever), no Wayne Knight boo-hiss character, no memorable quotes (Clever girl...). Nothing stands out, and the plot holes are too big to ignore, like why don't the unseen aquatic dinosaurs that take out the boat at the start swim away from the island and take over the world? And why is everyone OK with the giant killer birds flying away at the end of the film? Did they not see them almost kill Billy (yep, it's the old 'everyone's OK at the end' kind of film)? 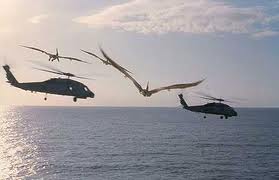 And yet, having watched it many times, I'll still happily close a Jurassic Park night with it, or stop channel-hopping if I come across it late at night, for no matter how mediocre it may be, it's still got dinosaurs in it, and that makes it OK with me.
Posted by JayCluitt at 18:57