Alan Tudyk is 41 today, so let's celebrated his birthday with his best five roles:

5. Jack (Knocked Up):
More of a cameo, Tudyk plays Jack, Alison's (Katherin Heigl) boss at the TV studio where she works along with Kristen Wiig's bitchy colleague Jill. Tudyk steals the scenes he's in, insisting that, if Alison wants to be on camera, though he can't legally ask her to lose weight, it would be nice if she looked a bit tighter. 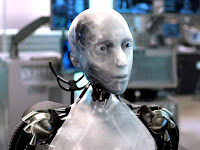 4. Sonny (I, Robot):
Obviously if someone ever plays a robot, that role is going to make it onto one of my lists, and here Tudyk plays the bot to end them all as Sonny, who's got more than a few screws loose in another film that would be much better if Shia LaBoeuf wasn't in it.

3. Tucker (Tucker and Dale Vs. Evil):
Tyler Labine's kind-hearted oaf Dale may steal the movie and the hearts of the audience, but he'd be nowhere without Tudyk's slightly more snarky and abused Tucker in this refreshing comedy where two holidaying hillbillies, after a comedy of errors, are mistaken for crazed psychopaths by a group of dumbass college kids. 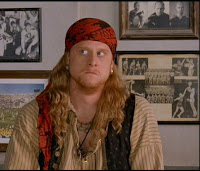 2. Steve the Pirate (Dodgeball):
Tudyk is almost unrecognisable as the delusional, pirate-obsessed gym member who, along with the rest of his slightly less rag-tag crew must raise $50,000 to save his beloved gym. Steve is easily the most insane but memorable character from the film, and gets the most laughs with ease. 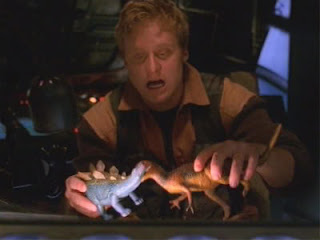 1. Hoban 'Wash' Washburne (Firefly/Serenity):
Well this was an obvious one for any of you lucky souls out there that have ever met me. Firefly is easily amongst the best TV programmes ever cancelled in the middle of their first season, and this is at least partially due to Tudyk's easygoing, lovable but mildly henpecked pilot Wash. Serenity followed in it's forebears footsteps as a seminal space-western, and proved a fitting end to the series, so much so that after the final aspects of the film, not least the fate of Wash himself, it's arguably a good thing that the series has no plans to be renewed. Best part? Wash's introduction, playing with toy dinosaurs (seriously, how was he not going to be number 1?) acting out their discovery of a brand new world christened 'This Land.' All together now: "Curse your sudden but inevitable betrayal!"


Honourable Mentions
A Knight's Tale:
3:10 to Yuma:
Death at a Funeral

His worst role, only because he's barely in this boring and forgettable study of Michael Douglas' inspiration-seeking professor. Blink and you'll miss Tudyk's former student Sam, but if it helped him land some of the classic roles above, then so be it. His role is so small I couldn't find a picture of it, so here's him naked on the roof in Death at a Funeral instead.
Posted by JayCluitt at 12:00