Truly great movie trilogies are few and far between. Historically, it seems fairly straightforward  to make a good film and a sequel that either equals, tops or slightly disappoints, but then the whole thing gets sullied by a dismal third film. I've done what I can to find trilogies where all three films stand up. I've also somewhat reluctantly ignored any franchises with more than three films in it, so I'm afraid Die Hard, Indy and Star Wars didn't get a look in, even though in each case the first three films are quite clearly the greatest. Annoyingly this also meant I couldn't use Resident Evil as the worst trilogy, ah well. Also, no loose trilogies, like Baz Luhrman's Red Curtain trilogy or Park Chan-Wook's Vengeance trilogy.

Spielberg's dino-fuelled rollercoaster ride is a prime example of cinematic perfection, as I may have mentioned here. The Lost World made a good stab at matching it but only just failed, though it took the story of dinosaurs cloned from fossilised DNA in interesting directions, but part three disappointingly all but rewrote the first film, but with little of the original's flair. 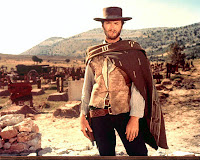 4. The Dollars Trilogy
I've already discussed these films here, and they deserve their place for being some of the, if not the, greatest westerns ever made, though Leone's other classic Once Upon a Time in America shouldn't be forgotten either. Effortlessly cool, from Ennio Morricone's chilling yet unforgettable score, the wonderful dialogue, terrific characters and the greatest stand-off ever seen (this'll probably come up in a future list).

Though I've unforgivably only seen these films once (they're so damn long and partly subtitled, so it's difficult to find the time or watch them with my subtitle-hating friends) they've still made such an impact on me due to the elegant storytelling and sheer scale of acting on display. Fear not, they're all on the list, and The Godfather sits proudly at the top of Empire's reader's poll.

2. Lord of the Rings
The very definition of epic, this sweeping saga has something for everyone. Yes, it's ridiculously long, especially if you watch the extended editions, there's too many endings and there's only so much of Elijah Wood's teary-eyes gaze mere mortals can withstand, but the sheer scale on offer here, especially in the many glorious battle sequences, that you cannot help but be dumbfounded. See my full review here. 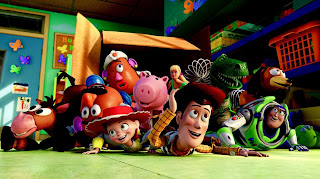 No surprises here, considering my adoration for most things Pixar, but the Toy Story trilogy has something more than personal. From the menagerie of lovable supporting characters, a broad humourous streak, top notch storytelling and pixel perfect animation, there isn't a weak link in the series. It's been marred slightly by the recent short in front of The Muppets that doesn't give itself enough time to embrace the new characters or let the established ones breathe, but as a trilogy it's nothing short of perfect.

Honourable mentions
The Matrix - Part one is a cinematic landmark and a surefire modern classic, but the overly wordy and uneven sequels deny it a place.
Bourne
Evil Dead
Naked Gun
Back to the Future - A perfect first film gave way to sequels that whilst entertaining, could do nothing but lie in the shadow of their predecessor.

And the worst...
This was a difficult choice, for if I didn't like the first film in a trilogy, chances are I've shied away from the latter two, and as mentioned many sets have a terrible third film, but only got that far thanks to pretty good first films. Also, a lot of trilogies have gaps in for me, for example I still haven't seen Transformers: Dark of the Moon, Narnia: Prince Caspian, Van Wilder 3, Hostel 2 & 3 or High School Musical 1 & 3 (2 was watched under duress). So, though there way well be worse trilogies out there, but the key thing is that I haven't seen them. Though this position probably rightly deserves the likes of the Alvin and the Chipmunks series or the magnum opus that is Big Momma's House, alas it must go to...

The first one has it's moments, with a half decent finale, and there are some chuckles throughout, but the only reason to really watch is Jackie Chan's always impressive martial arts. Chris Tucker has never been my cup of tea, and here he's on Fifth Element levels of annoying, and he shares little to no chemistry with Chan throughout all of these semi-racist movies that attempt to mine most of their humour from the differences between Chinese and American cultures.
Posted by JayCluitt at 12:00